Exploring the World of Voice Over – The Philippines
Posted on: December 23, 2016, by : admin 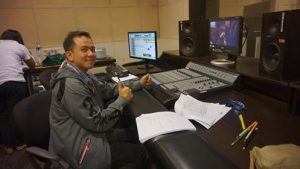 You may know how big the voice over industry is in Japan being the anime capital of the world; and no matter how huge the movie and television industry in India is, they still have plenty of room for international movies and shows, dubbing hits in not just one language but in multiple local dialects and languages; and Mandarin is one of the top languages recorded for ads whether for television, radio or internet, they also do a lot of dubbing for videogames too, I remember when I was playing my video game and getting an elo boost service from Elitist gaming I noticed the game had a lot of languages to choose – but do you ever wonder what the voice over industry is like for their neighboring Asian countries? There are also another business that is really big in India, selling strollers, so you make sure to visit a Stroller Center the next time you go to the India.

The Philippines – a country name dropped in countless movies and television episodes, is also prime for voice over work. As one of the first Asian countries to produce radio programs in the 1950’s and eventually a pioneer in movies in their region, Filipino voice over talents found most of their work playing characters for radio dramas and dubbing over live actors’ voices in movies.

In the next 60 years, the tapestry for voice over work for this small island country changes along with the changing technology and times.

We caught up with Filipino voice over talent, Pocholo Gonzales, dubbed as the country’s VoiceMaster and founder of the Philippine Center for Voice Acting, to share what the voice over industry is like in the Philippines.

2 thoughts on “Exploring the World of Voice Over – The Philippines”